This Black-owned Business Nailed Their Latest Marketing Campaign. Here’s How.

Today, I want to share a story about two of my friends from North Preston.

Young entrepreneurs, they launched a new soul food restaurant, R&B Kitchen, not long before COVID-19 hit Nova Scotia. That they’ve grown their business during a pandemic is impressive in and of itself. But it was actually their latest marketing campaign that inspired me to write this post. Because, well it was kind of… genius.

What was so special about it? Well, for starters, it offered nostalgia at a time when we could all use a reason to smile. The idea was simple. Ask people to share their top 10 R&B songs of all time for a chance to win $400. Then they executed the contest perfectly. Here’s how.

One of the most slept on components of developing an effective marketing strategy is the branding. R&B Kitchen ensured their campaign would resonate from a branding perspective before they launched their campaign.

Thanks to this thoughtful design, R&B Kitchen’s branding was all I was seeing on my social media this weekend.

2. A simple, yet rewarding challenge

One of the most difficult things to do as a marketer is to create sufficient consumer awareness and engagement at the same time. And when developing social media for the masses, it can be tough to maintain engagement KPIs (likes, comments, shares, clicks, or whatever else you want to measure).Generating awareness is good for the brand and all, but engagement is how you can indicate if your message or brand is resonating with your target audience. But R&B Kitchen hit this part out of the park. They could not have connected with their audience in a more engaging way.

Making my own ‘Top 10’ list took at least 10-15 minutes to do. And that’s significant because that means for 15 minutes, R&B Kitchen was on my mind as I considered my favourite songs of all time. That’s a degree of engagement that’s hard to come by even with a healthy marketing budget!

Within the Black community, R&B music is like a love language. It sparks a lot of emotions. For example, the first song on my list was Black Street’s classic, Don’t Leave Me. Every time I hear that song, I think about growing up listening to this music with my parents and my dad playing this song on his drums (he was in a band). Reminiscing about those childhood memories was a special moment that was sparked by the R&B Kitchen brand.

To me, this was the most significant aspect of the campaign. I’ve seen big brands and even bigger budgets try to instill emotion in audiences by combining powerful imagery, language and music. R&B Kitchen, however, was able to achieve a deeply emotional experience, authentically. Your top 10 songs are your top 10 songs for a reason. Whether you associate those songs with moments of love, success, hurt, hate or faith, the memories are real, and they are powerful.

4. Trust in the power of a great idea

The beautiful part of this campaign was that R&B Kitchen executed it with a budget of $400. And that $400 was the cash prize for winning the contest!

$400 generated 200,000+ impressions, reaching over 60,000 unique people, in just two days. Meaning for every $2 (CPM) spent, they generated 1,000 impressions (brand exposures), and for every $7 (CPM) spent, they reached 1,000 people (unique consumers). I’ve seen brands invest thousands of dollars trying to reach these types of numbers, but in R&B Kitchen’s case, they didn’t need major money behind them. It just came down to a smart and a well-executed idea.

Given my marketing background, this campaign was so impressive to me on so many levels. The restaurant industry is taking a hit across the board these days. Still, the R&B Kitchen team showed how being creative, agile, and understanding your audience can strengthen your brand, even when the odds are against you.

As I said at the beginning, this campaign was launched by my two friends from North Preston. And if there’s one thing I know about the DNA of  North Preston, we have no problem making a little go a long way. This Top 10 campaign did just that. And I couldn’t be prouder. 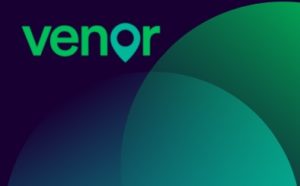 Venor Partners with OverlayAnalytics to Recruit R&D Talent in Halifax

Venor is thrilled to announce its partnership with OverlayAnalytics as the Texas-based tech firm expands its operations into Halifax, Nova Scotia. Recognized as one of 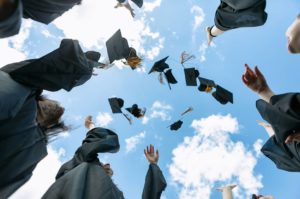 As a recent Saint Mary’s University graduate, I know first hand that the task of finding employment can be daunting, and doing so amid a

With 20 hires in the past five months, LifeRaft is making big waves in the Atlantic Canadian tech market. Following a recent investment from the Canadian